074. The Secret to No Regrets w/ Barbara Lee

From a “Farm strong” cultivating a deep well of self-initiating music and story ideas, we sit down with a true force of nature. Barbara Lee took the “nobody looks like me” narrative, and used it as fuel to start the longest-running Asian film festival in Canada. Join us as we talk farm life to film life, creating long-term change with authentic action, and attracting a team of investors, volunteers and creatives by being your true self. Barbara is a beacon of inspiration, showing us how to walk in with a curiosity lens, relinquish those regrets, and take each opportunity as a two-way investment. So sit back, get your popcorn out, and enjoy the show!

Barbara has spent over twenty-five years as a community advocate for diverse representation and organizer of events to increase the profile and opportunities for Canadian Asian artists in film, television, media and music. She is the founder of the Vancouver Asian Film Festival (VAFF). Co-founder of the Mighty Asian Moviemaking Marathon (MAMM) in its 16th year and founder and producer of the Asians in Movies, Music and Media Summit (AIM3), and the recently launched Racial Equity Screen Office (RESO).

Barbara Lee is an independent filmmaker, producer and songwriter in Vancouver. She has worked as a broadcast journalist and has received the regional and national Radio and Television News Directors’ Association (RTNDA) Award for Best Editorial for her work entitled Mother’s Day. She is also the winner of the National Film Board (NFB) of Canada’s Diversity award Pacific/Yukon and her NFB produced documentary BETWEEN THE LAUGHTER aired on CBC and PBS Northwest.  Currently, she is completing her feature documentary SING MY SONG and her horror script.

With special thanks to: 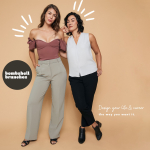 074. The Secret to No Regrets w/ Barbara Lee